We have the purrfect afternoon at The Sheffield Cats Shelter

In an unassuming building in the heart of Sheffield resides The Sheffield Cats Shelter, a small independent cats’ charity and the second-place winners of our 2019 Charity Award.

Laura and Paul had the pleasure of visiting The Sheffield Cats Shelter to see first-hand the amazing work the charity does, as well as discovering how our donation would be utilised.

12-year-old, Willow who came to the shelter when her owner was not able to provide the care she needed

We were then taken on a tour of the shelter, whilst Kathryn explained that all the cats were kept in rooms and not cages.

The Shelter provides a safe refuge for stray and unwanted cats and was established in 1897 when it was founded by Jane Barker.

“At the moment we have 30 cats, it’s nice to see them come out of their shells from when they are first brought into us.”

On average, it costs The Sheffield Cats Shelter £375 to care for each cat or kitten from admission to adoption.

“We recently had to send out an urgent appeal, as we were using 1.5 tonnes of cat litter every three weeks!”

During the tour of the shelter, we were introduced to charity volunteers, as well as the cats and kittens that were currently residing at the shelter. 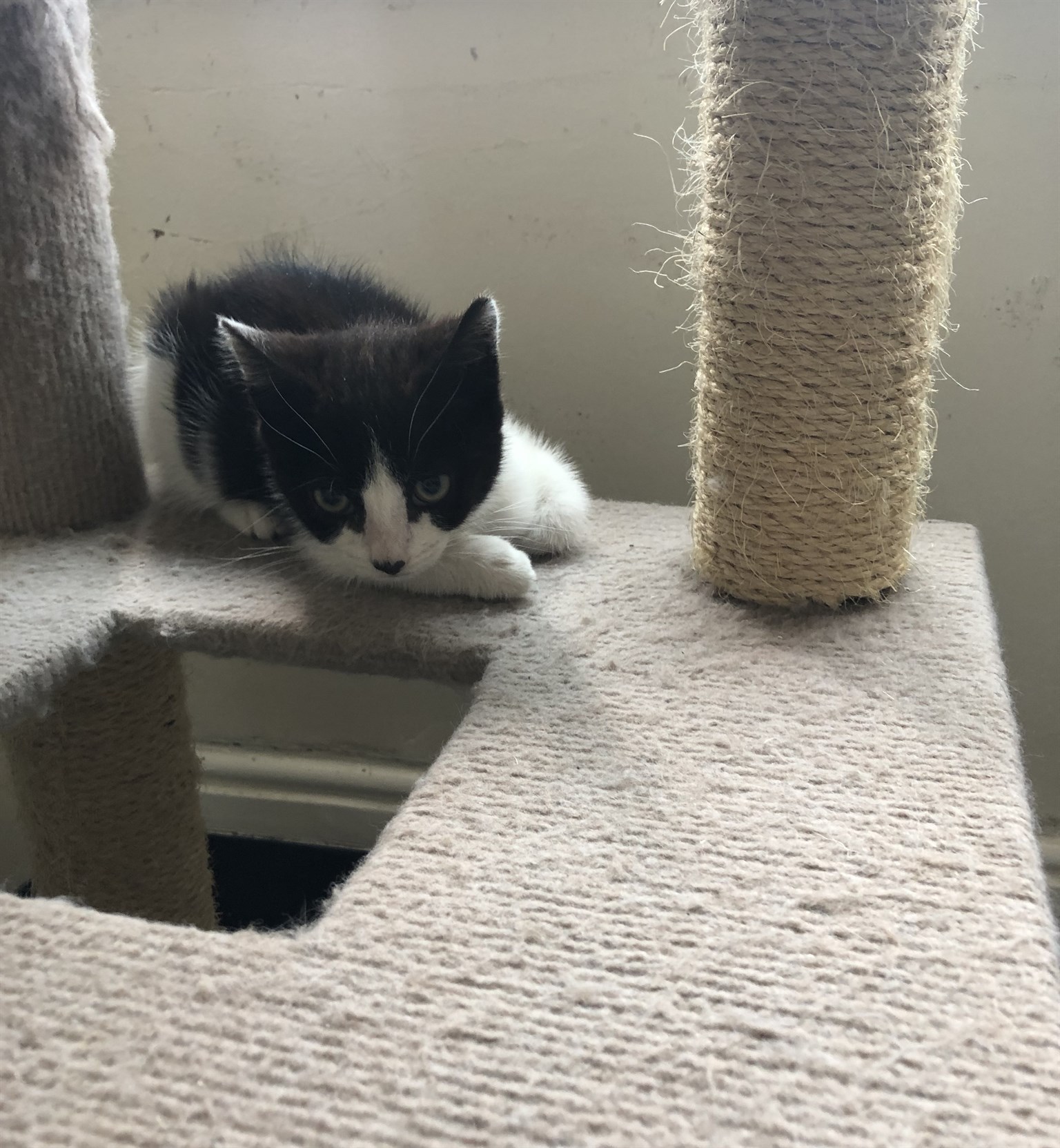 One of the kittens at the shelter

“We have a team of fantastic staff who are all hardworking and dedicated,” Kathryn continued, “when I first started at the charity, I wasn’t the biggest fan of cats, but I really wanted to help the charity.”

Since starting at the Shelter in January, Kathryn has made it her mission to increase the fundraising efforts at the charity.

In July, the charity hosted a ‘Summer Open Day’, where they opened their doors to the public, hosted a number of stalls and organised tours of the Shelter.

Kathryn was pleased with the results, “We managed to raise £450 in three hours, gained two volunteers, as well as two adoptions.”

There’s not just the cost of looking after the cats and kittens, there is also the upkeep and maintenance of the premises, as well as the two charity shops (which are both in the middle of relocation).

“We’d like to update the garden and we need repairs to the building as it is quite an old property. What we would like is a new shelter in the future.”

The £1,500 donation from the Charity Award will help the Shelter pay for up to ten weeks of food for the cats and kittens that arrive every week.

“With this money, we can breathe a little easier knowing that they can all be fed, and this allows us to focus on giving them the very best care that each and every one of them deserves.”

To find out more about The Sheffield Cats Shelter, head over to their website here.

You can also help out by purchasing items from their Amazon wishlist which can be found here.

Sheffield Mutual to take on the Yorkshire Three Peaks Challenge